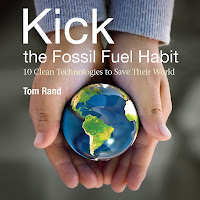 Geo-engineering: Clamping a Lid on a Boiling Pot

The irony is worthy of a Noel Coward play. If it weren't so frightening, it would be worth a good guffaw.

Defenders of the fossil patch have gone from accusing climate science of being incapable of producing reliable predictions, to arguing that we can "geo-engineer" our way out of this problem. So on the one hand, climate science is an immature, complicated and unreliable science. On the other, we are capable of controlling the entire global ecosystem, essentially forever, by engineering temperature-reducing solutions and controlling the outcome.

The underlying paradox hints at other motivations. Like defending business-as-usual whatever the cost, including intellectual dishonesty. Like pretending we are not in a pile of trouble. Like wanting to stick your head in the sand.

Geo-engineering means treating the global climate system like a machine, one that you can not just predict, but actually control. But it's more like trying to clamp a lid on a pot of boiling water. As the water heats up, you need to clamp the lid on tighter and tighter. Forever. This is not a a solution, this is hubris. And yet another excuse not to deal with the root causes, to do the real work that needs to be done.

Bjorn Lomborg, director of the "Copenhagen Consensus Center", has successfully put geo-engineering front and center just in time for COP15. The argument is that it's cheaper to control global temperatures - by putting reflective dust in the upper atmosphere, or increasing cloud cover over the oceans - than it is to reduce our carbon footprint.

It's true geo-engineering is cheap: it's often cheaper to suppress symptoms than to deal with underlying causes. It's also true that we'll probably need some sort of geo-engineering: we're far too late to the climate reducing game to avoid some level of temperature increase.

But geo-engineering is a dangerous distraction from the main event. Committing ourselves to a future in which we are responsible for artificially controlling the temperature of an enormously complicated system, replete with feedback mechanisms, is Faustian madness. It brings to mind a skidding car, when the driver over-compensates by trying to steer in the other direction. The result is an uncontrollable spin.

What geo-engineering might do is give us a bit more time. But it is no reason not to act on the carbon front.

We are in deep trouble. Let's not pretend geo-engineering abdicates us of our responsibility to deal with it.

Posted by ecoten.net at 6:56 AM No comments:

Rand sees the world through green-colored glasses. There is too little time and too much at stake to invest in “green” technologies that do not succeed in effecting a substantive reduction in carbon emissions. Low carbon technologies represent a third-industrial revolution that Rand believes must take place. And soon.

In pursuing the goal of building the greenest hotel, Rand didn’t waste time quibbling over payback periods on geothermal heat exchangers, or spend months negotiating with government agencies to obtain retrofit grants. In fact, Rand and his partner are making this project work without the help of any grants or subsidies as an example to others that the adoption of green technologies isn’t prohibitively expensive. Day-to-day building operations are responsible for 40 per cent of the world’s carbon emissions: a huge market. And greening buildings are the low-hanging fruit of carbon emissions reduction, ripe for the adoption of new green technologies.

Rand talks about City cooperation, payback periods, technology and financing options and how to measure the cost savings of green technologies.
Posted by ecoten.net at 9:47 AM No comments: 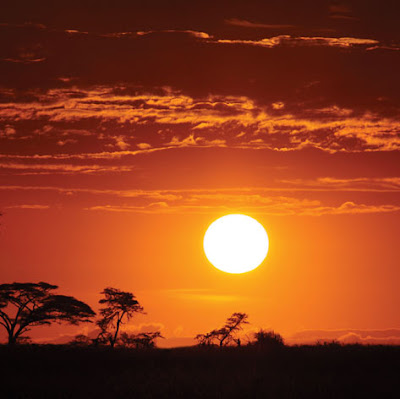 10 Clean Technologies to Save Their World

In “Kick the Fossil Fuel Habit - 10 Clean Technologies to Save their World” author Tom Rand, P.Eng, PhD (engineer, Cleantech authority, venture capitalist, pragmatic entrepreneur and philosopher) doesn’t provide a "3-easy-steps" approach to fixing our dependence on fossil fuels. But he does show it's possible to do without them.

By giving an in-depth look at 10 technologies that together can bring a clean future, free of fossil fuels, Tom provides education and hope. This is a clarion call, a directive that we act quickly and collectively (governments, corporations and individuals) to provide future generations the opportunity to live in a sustainable world.

Unique in being accessible by the general public, his message is not just important, but understandable and entertaining. His personal views and anecdotes are combined with a hard-headed engineering and business perspective. Beautiful photographs bring the text to life.

It is this generation’s job to save the world we know for the next. Kick – literally – shows us how to do this.

Posted by ecoten.net at 8:16 PM No comments: